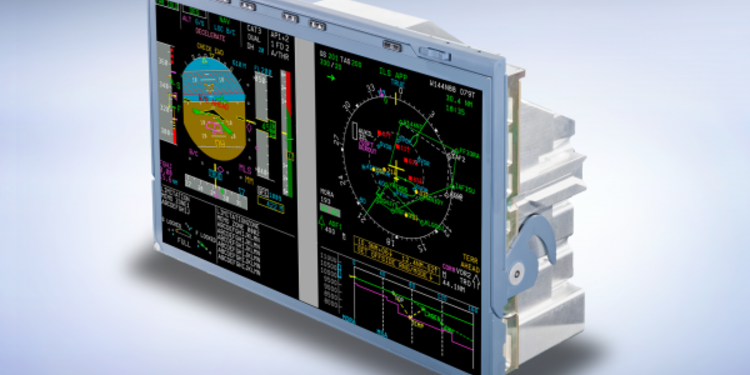 The avionic display can be a very complicated component of the aircraft. Modern avionic systems have implemented the use of ruggedized digital displays. Ruggedized displays technology development is linked to specific military and aerospace applications, which means that ruggedized displays are suitable for applications in demanding environmental conditions. These avionic displays have particular properties that make them suited for their intended purpose. Some of these properties are discussed below.

The brightness of a viewed object can be termed as a level of light intensity perceived by a viewer. It has a key physical measurement which is called luminance. Brightness is therefore defined as the luminance of the brightest component, which is usually white color, in the center of the screen. The brightness of an avionic display should be near perfect because if it isn’t bright enough, then the pilot will have to struggle to read the display which could potentially bring problems.

The active area is the display surface where the information content is presented. It is usually measured diagonally and through aspect ratio. The avionic display shape varies from aircraft to aircraft because almost every aircraft has a different cockpit design. The cockpit design will determine the shape, and it is standardized. The active display area should fulfil the display front surface as much as possible. Traditionally, avionic displays had 1:1 aspect ratio, and a relatively small diagonal, but with today’s world, in newly designed multifunctional displays, a large active area and commercial aspect ratio are more often used.

This is basically the angle of view which is defined as the angle at which the viewer or the pilot, in this case, must be positioned in relation to the screen for them to clearly see the image or any information that might be on display. The angular viewing envelope is the space that contains all required viewing angles. For avionic displays, the viewing envelope should cover at least ±60° horizontally and +30° /-20° vertically. However, more specific detail requirements could be set or alterations made depending on the application.

Another property of avionic displays is the amount of information that the display can hold at any particular time. The minimum information capacity could vary depending on the use of the aircraft as in some scenarios the display doesn’t need to have a lot of information at once, and in others, there needs to be a lot of useful data and instructions for the pilot.

To provide proper EMC, suitable for the complex avionic EM radiation environment, most display electronics are equipped with EMI filters, and the active display area is covered with a transparent conductive layer connected to metal housing forming the Faraday cage.

What You Should Know About A Pyroelectric Detector

Online Computer Technical Support Via Chat and make contact with

How to gain followers on Instagram in a few steps

5 Historical Monuments You Must Visit in Delhi

WHY INVEST IN SIP FOR LONG TERM

Everything You Want To Know About “Author Box”...

Some Home Rehabilitation Plans For Your House