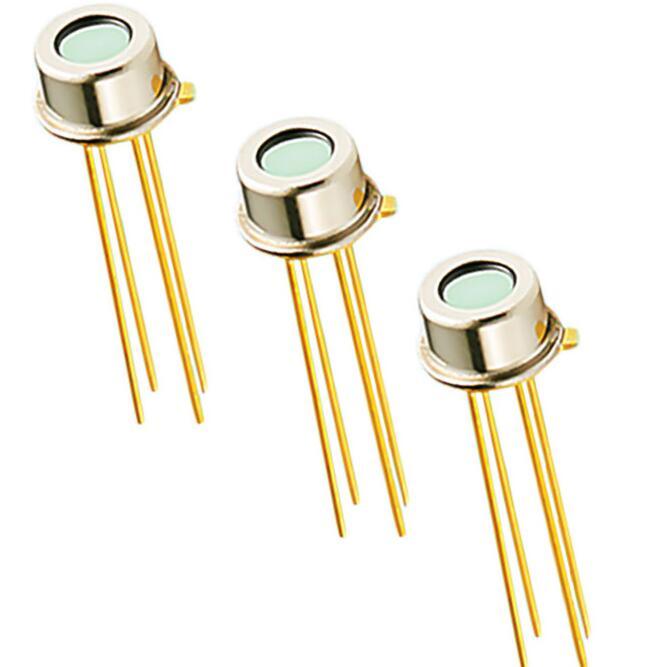 What You Should Know About A Pyroelectric Detector

A Pyroelectric detector is basically an infrared-sensitive optoelectronic component that is specifically used for detecting electromagnetic radiation in a wavelength range of between 2 to 14 µm. The main part of a pyroelectric detector is a receiver chip which consists of single-crystalline lithium tantalate. The lithium tantalate has a curie temperature of 620 °C which guarantees an extremely low-temperature coefficient with an excellent long-term stability of the signal voltage.

How Does It Function

Usually, a thin pyroelectric crystal is coated perpendicular to the polar axis with electrodes. An absorbing layer, mostly black surface, is applied on the upper electrode. Once this layer interacts with any sort of infrared radiation, the pyroelectric layer will heat up and bring in a surface charge. As soon as the radiation is switched off, or ceases to exist, a charge of the opposite polarity originates. This charge is, however, extremely low.

Before the charges are equalized by the finite internal resistance of the crystal, an operational amplifier, or extremely low-noise and low leakage current field-effect transistors (JFET) convert the charges into a signal voltage

Besides the pyroelectric crystal, some pyroelectric infrared detectors contain optical and micro-mechanical components. Most specifically two-channel and four-channel pyroelectric detectors. They have integrated beam splitters, and integrated CMOS amplifiers are micro-systems consisting of components which function thermally, electronically and optically.

Application of The Pyroelectric Detector

There are many ways in which you can take advantage of the pyroelectric effect and use a pyroelectric detector. These uses range from high technology applications such as interplanetary probes and radiometers in weather satellites to simple thermal sensors that have widespread commercial and industrial applications. The technology also makes important contributions to infrared spectroscopy, absolute radiometry, and laser research. Other than its use in simple thermal imaging systems the pyroelectric vidicon is now widely used in laser interferometers and other applications which require a two-dimensional detector.

Pros of Using A Pyroelectric Detector

Compared to the Golay Cell which is also used for a similar function, the pyroelectric detector is almost as sensitive but can be used windowless or with windows, and has a black absorber which enables flat spectral response. In addition, it is inherently fast, has a large operating temperature, is small therefore easy to handle, and can be operated off either batteries or an AC supply.

Pyroelectric detectors are, without a doubt, one of the best thermal detectors on the market. this is owed to the fact that they incorporate cutting edge technology and are also very efficient and accurate at what they do

Several Ways To Show Off Skills In Resume

Cool things to expect from Movers and Packers

Building a More powerful Business? Align Your Company Ethics Together With Your Business Culture

Get Perfect Shape Of Any Liquid With The...

How to double your money through gambling