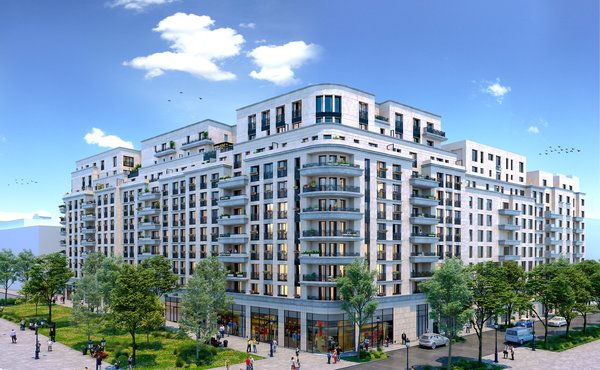 Don’t Be Afraid, Look for The “Flea Market Near Me” And Be Adventurous!

Legend has it that an unknown bargain hunter, while contemplating the shop windows of junk and old rags, shouted: “I give my word it’s a flea market, that meant that the merchandise being sold was dubious, to say the least, and that the old clothes being resold by the ragpickers were probably sold with fleas included.

The truth be told, no one knows for sure the true origin of the now known flea markets, and it is that since the beginning of humanity, trade relations between people and communities have been a substantial part of human development, this even before the concept of currency was developed, as barter was the origin of everything.

What is known with certainty is the name by which they are now known worldwide, and for the moment, we will share this information with you. After 1870, the ragpickers, trapped outside of Paris, built the first merchant towns in Saint-Ouen. They were known as “crocheters,” “chiftires,” “biffins,” or more poetically “pêcheurs de lune” as they roamed the city during the night looking for old objects thrown in the garbage that they then resold in the markets.

The city of Saint-Ouen then mobilized to clean up the neighborhood and make it safer. The puciers, market traders, began to need licenses to be able to exercise their activity. The press made several picturesque reports between 1905 and 1914. More and more Parisians went to this market on Sundays, following the tradition of walking outside the city.

After the First World War, the frequency of Les Puces was so high that business people bought land around rue des Roisers, laid out the streets, and provided the stalls with water and electricity to rent them at high prices. As a result, the first four markets were created between 1920 and 1938: Vernaison, Malik, Biron, and Jules Vallès.

Today, there is not a corner of the world without one of these markets set up on iconic streets and where you can find lots of exciting items that you almost certainly won’t be able to find anywhere else.

Get your courage up, get organized with your friends, family, partner, or go alone! Get up early, put on some tennis shoes (you will be walking a lot, be comfortable, be a good idea), put a few dollars in your wallet, and put your feet to walk. Stroll and pay detailed attention to each stall and what they offer, vintage clothes of unrepeatable styles, vinyl of iconic concerts that happened many years before you were born but that in your turntable will sound spectacular, black or white photographs of places that long ago no longer look like that, maybe a sepia color that somehow makes you imagine yourself in it, objects worthy of a Beverly Hills antique store but costing only a fraction of what they would cost there, or maybe, if you’re in a creative mood, how about immersing yourself in objects with a fresh look that allows you to incorporate them into your favorite reading corner, a pair of headlamps to adorn your deck, or a light guide to give those garden evenings with friends a mystical atmosphere?

Well, whatever you have in mind, including great food at a dream price, you can find it all at the “flea market near me”. On top of everything else, you will buy directly from the owners or the producers, without intermediaries!

Carpet Installation Charges – What to Understand

What are the different types of debt mutual funds?

What’s Multi Trip Travel Cover and Who Are Able To Utilize It?

So Why Do We Use Shopping Blogs?

Types of Wire and Cable Company

Sweep her off her feet with these romantic...

9 Factors to Consider Before Buying Land